What the neighbors could teach us...

I walked down the southern garden path aiming to be without an eye for anything that might need to be done. 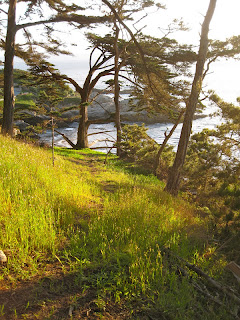 The afternoon sun on a hillside of rattlesnake grass spoke with authority on the fleeting nature of  time, the beauty of rest, and the need to ever enter in. 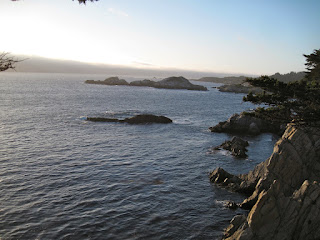 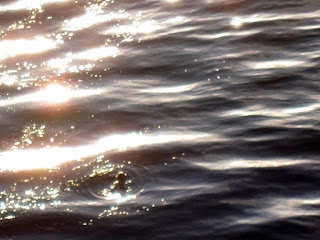 Two mother otters had their young pups in the cove...the pups would squeak when their mothers dove down for dinner. 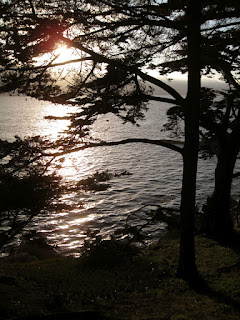 Fog moved in suddenly and hid some of the color that the light reveals...but contrast is a powerful inducement to seeing as well. 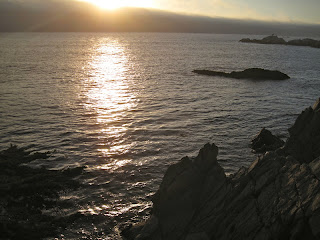 Yesterday  I had time to grab the binoculars when a large school of dolphins cruised into the northern cove.   I couldn't begin to count how many dark triangles I was seeing, and when some of them would leap and breach it was thrilling.  The  numbers I was  grasping at in my mind seemed like I must be  exaggerating, but I read tonight that common dolphins travel in schools of 500 to 2000.  Yes...I saw so many I was reluctant to believe my eyes.  I also read that they are social and co-operative and that within their large groups they have family connections as well..  I had been struck with their proximity to each other...they were so very side by side.

The pelicans have been back in force too...I haven't taken any pictures of them this year...yet...they also know how to stick together. 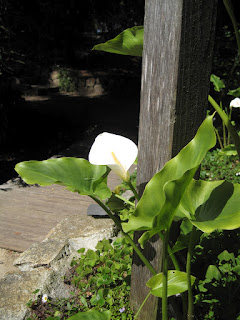 Special days make me miss the special people in my life..greetings and love... 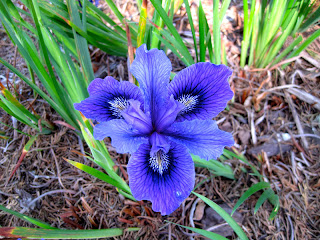 Seek the things that are above!
Posted by Jeannette at 10:48 AM 6 comments: