Headlines that Make Me Bake Pies and Watch the Sunset...

My grandmother was a songwriter in the 30's and 40's.  Long after she had stopped working  she would still come up with lyrics and music that might be her "come back." There is one of those later compositions that is dear to me that we  found  after she was gone... I'll just share one line:


"Don't worry if the morning papers have headlines that make you feel blue..." 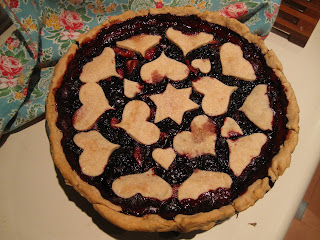 And then I decided that I really don't
have enough pictures of the
sunset so I took 44 pictures while my blue-ish pie was baking. 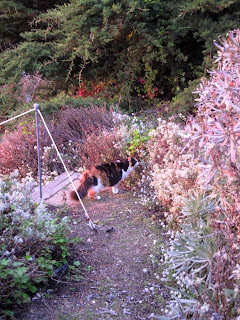 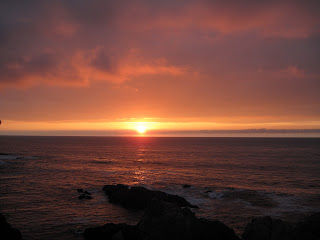 And I did as I had been bid in an email I had received earlier...
and said, " Hello Pacific Ocean from Rosannah!"
And one more picture now to say...hello dear blog readers from
Jeannette : 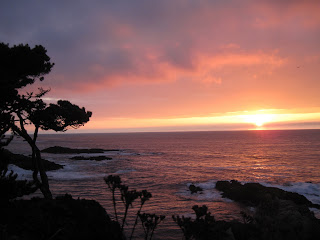 Hello to you, too!
It must be hard to choose among 44 photos for just the right one for each hello.
I am baking a cherry pie today!
Love, GJ

What a great idea! But I think I will make gingersnaps. :)

I forgot to mention that your pie is beautiful. I love the hearts! <3

mmmmmmm. . .pie looks yummy. and so does the sunset.

Sorry for the delete. I decided I should be more positive in my comments. Your posts do make me think about things, but I'm not always good about writing what I'm thinking.

I LOVE THIS! I majored in that most practical of degrees. Fine Arts. With a minor in the equally lucrative English Literature. But life has taught me that art is not a luxury. Our Creator paints with an incredible pallette. I stare into a columbine and marvel. A sunset on the bay is a thing of beauty. My grandmothers lived on farms during the depression. But they tatted the most incredible lace and edged every pillowcase (some made from flour sacks). They crocheted tablecloths. Their creativity and beauty softened the hard edges of life. The mundane is transformed by the hand/heart connection. Must make your pie!

May I blow a kiss to the ocean on your blog? *smack-whoooosh* Thanks.

That's so neat that your Grandmother was a song writer... Did she publish many songs?

Thanks for the feel-good posts and sweet comments!
pleasant dreams...
Emaline